Since the sixteenth century when Magellan first landed in Cebu, the Filipinos maintained an unfolding relationship with the Holy Spirit. They were able to discover something unique in the teachings of Jesus about the Holy Spirit. The promise of Jesus to send the Spirit of Truth to serve as a Guide or a Helper was timed to arrive when the World was ready to receive Him. This became as one of the central themes of Filipino Folk Christianity for hundred of years before the codification of the Spiritist Doctrine

Spiritism in its actual sense is truly Divine, since it is the fulfillment of God’s promise as in pouring of the Holy Spirit to believers as written in Joel 2:28-31 (New King James Version) which states; “And I shall pour out my Spirit to all flesh; and they will see visions and all shall prophecy… they will dream dreams and their sons and daughters shall prophecy and I shall show wonders in heavens and on the earth. “ Holy Spirit comes upon you.” Acts1:8 (New King James Version).

Spiritism is the Divine teachings of the Holy Spirit to help, lead and guide mankind, as written in John 14:26 (NKJV) which states; “But the Helper, the Holy Spirit, whom the Father will send in my name, He shall teach you all things, and bring all things to your remembrance, whatsoever I have said unto you”. Also in Romans 8:14 (NKJV) “for as many as are led by the Holy Spirit of God, they are the sons of God”.

For the past nine decades Spiritism in the Philippines was guided by the power of the Holy Spirit providing the highest learning, understanding, visioning and wisdom, the secrets of the soul/ spirit, life beyond the grave, the awesome Universe and the Kingdom of Heavens, which will soon form as an integral part of the learning for all mankind.

Spiritism also offers healing of the physical body, enlightenment of the human mind and maintaining purity of the heart. It preaches that man must subordinate his material desires to his spiritual self. It teaches that physical death is not the end of life and    consciousness, but only a change from an earthly residence to a spiritual state, thus, the teachings aims for soul/ spirit’s salvation and progress including the material body.

The Philippine Islands were a colony of Spain for nearly 400 years. During the colonial period, Catholicism ruled the cultural, intellectual, and spiritual lives of the Filipinos. Toward the end of the colonial period, Spiritists were caught between very powerful forces. The Catholic Church openly attacked Spiritism and in 1856, Pope Pius IX prohibited and declared mediumship as “heretical and scandalous to the honesty of customs.”

In 1858, The Spirit’s Book was produced and published by a Frenchman named “Allan Kardec”, (pseudonym of Denizard Hippolyte- Leon- Rivail) Many Filipinos gained access to the intellectual life in Europe through education abroad. These newly educated Filipinos, as well as Europeans converted to the newly revealed “Spiritist Doctrine” spread the teachings of the Spirits to the colonies.

Filipinos saw, in Kardec’s teachings, an eloquent articulation of their own deeply held indigenous (original) beliefs about the spiritual realm of existence. For centuries, the Filipinos had suffered the indignity of having their native beliefs and spiritual practices declared as superstitions stemming from ignorance and/ or considered as hearsay. In Kardec, they found vindication (justification) for the superhuman efforts they had gone through to preserve their culture.

In 1861, the Bishop of Barcelona ordered that three hundred spiritist books were confiscated and publicly burned. In the Philippines, Spanish Catholic rulers insisted that Spiritism was heretical and went to great lengths to destroy it. Among Filipinos, however, it was seen as a profound revelation derived from spiritual insight unique to their culture which was a sacred trust.

By the end of the 19th century, Filipinos began to organize and rebel against the Spanish. Among the cry of the revolution of 1896 was the freedom of religion. Many of the leaders of the revolt were Spiritists who considered Spiritism as an important component of the emerging identity of a new breed of Filipinos… free from colonial oppression and free to worship in what they believe in. 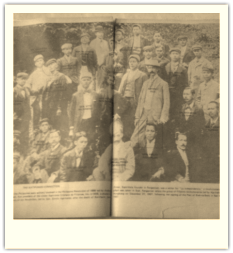 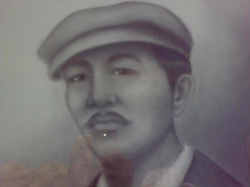 In the early part of 1900, Don Agustin dela Rosa and his fellow believers in the new faith established the first Spiritist Center in the City of Manila through the guidance of the Holy Spirit. Among the founders were Inocencio Echarri, Candido Dula, Marta Lopez de Dula, Pio Candido, Telesforo Candido, Manuel Candido and Jose Gonzales.

At this center, they held regular spiritual services and worshipped God in Spirit and in Truth which was called “consultas familiarizes”. Healing services followed afterwards. Guided by the Holy Spirit, they propagated Spiritism to other places. As a result, believers multiplied in number giving way to the founding of more Spiritist centers. From the City of Manila, Spiritism spread to the provinces of Bulacan, Pampanga, Rizal, Cavite, Laguna, Batangas and Southern Quezon. 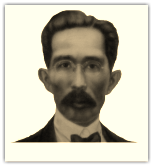 Juan Alvear
In 1901, Don Juan Alvear (Figure 3) through the guidance of the Holy Spirit, founded the first Spiritist Center in his home town of San Fabian, Pangasinan, and was named as “La Perseverancia”.     Don Juan Alvear, together with Florentino Soriano, Alejo Baltazar propagated eastward to other towns in Pangasinan, Ilocos Region and also in the provinces of Tarlac, Nueva Ecija, Northern Quezon, Nueva Vizcaya. It later spread to the Cagayan Valley, Benguet, Mountain Province, and then to the Islands of Visayas and Mindanao.

On February 19, 1905, the group of Spiritists in Pangasinan decided to join their brethren in the City of Manila. Don Juan Alvear sent delegates led by Florentino Soriano and Alejo Baltazar to have a conference in Manila. Don Agustin dela Rosa and his group deferred at a later date on registering their newly founded Faith. They studied, evaluated and sought proofs to verify the authenticity of the Holy Spirit Protector.

After a period of more than three years, having been fully convinced of the veracity of the teachings of the Holy Spirit Protector, Don Agustin dela Rosa and his group with conformity to the group of Don  Juan Alvear, agreed to merge and stand as one group.

On February 19, 1909, they signed the Articles of Incorporation known as “Escritura Social”, which was duly ratified before Notary Public Don Luciano dela Rosa for the purpose of Registration in the Bureau of Commerce in accordance with the Philippine Laws.

In 1909, there were 15 affiliated centers of the Union when the first General Meeting of the Union was held in Manila. Don Agustin Dela Rosa was elected as the first President. During the meeting they decided to incorporate the Union and was then finally registered as “UNION ESPIRITISTA CRISTIANA DE FILIPINAS, INC.”.

It was inaugurated in 2005, during the Union’s Centennial (100th) Anniversary, with the presence of Mr. Bill Parkins and Ms. Sue Willison, who were Executive Officers of the International Spiritualist Federation (ISF), UK.

Henceforth, the establishment of Regional Centers continuously increased together with the rehabilitation of other Local Centers, as a result from Enhanced Management and Leadership training seminars and workshops.